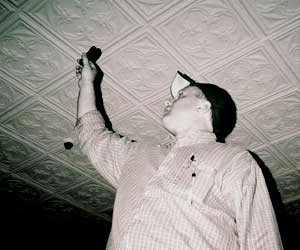 This will sound a bit heretical, but paranormal investigations at possibly haunted sites tend to cast themselves as "scientific," when in fact they have very little to do with science. These investigations are sometimes even at odds with science. My saying this is not a condemnation of "ghost-hunting" or "ghost-hunters." It is just an observation.

There is no existing science that supports the existence of ghosts as beings or energy, or manifestations of energy. And I realize this is why it is called "paranormal" science. Other-than-normal. Unexplained. I get this. But, there is no evidence that the spirit of a human can survive the separation from the physical body, and exist as a being of "energy." I have put the word "energy" in quotes, because we don't know what ghosts are. Or what they consist of. And yet, most paranormal investigation equipment focuses on measuring electromagnetic fields or temperature variations.

If ghosts do consist of energy, then they consist of an energy that we do not understand, have no real way of measuring or detecting, and nearly every piece of equipment used by paranormal investigators is useless...worthless. Most ghost-hunters are well-meaning, and feel they are being honest and scientific in their methods...but very few of them are actually scientists, or even understand the scientific method. Most look for confirmation of their beliefs, rather than exacting evidence. The craze over "photographic orbs" (caused by dust close to the lens being lit up by a flash or IR light) being "spirit energy" is an example of what happens when people do not understand research, or bother to do any actual research.

Again, I'm not condemning ghost-hunters or ghost-hunting. I think most involved in the field are well-meaning, and truly believe they are looking for answers and scientific evidence. But, there needs to be a departure from the subculture's conventions. There will always be ghost-hunters, and I'm not calling for the death of the subculture. I'm just saying, it is about time that someone (not me...just someone), come at this from a clever new way, that gets away from the odd and off-target methods of current ghost-hunters.

(All this being said, I've been guilty of most of the things I discuss in the paragraphs above. I'm not better, nor smarter, than others. Everything other ghost-hunters have done, I've done myself. More than anything, I'm describing why I stopped actively investigating the paranormal a few years ago. There were no real answers to be found using the current methods popular in the current ghost-hunting community.) 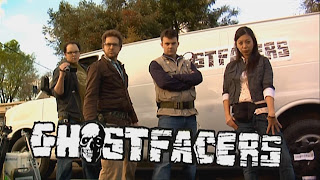 I was watching the television show "Supernatural" the other day, and I saw the episode with the "Ghostfacers" ghost-hunting group for the first time. Honestly, it was brilliant. I mean, it was a raging exaggeration...but it hit on all the right notes.

When Ghost Vigil Investigations was very active and very public a few years ago, we met a lot of other ghost-hunting groups. Sorry, "paranormal investigation groups."

Anyhow...whoever wrote that episode did their research...or personally knew some ghost hunters. Because it was perfect.  :-)